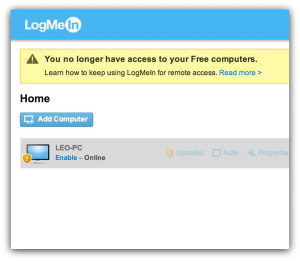 On Sirius XM is hardly a radio station.

There’s no variety. No commercials. No zany DJ’s.  It’s just the Grateful Dead.

There are other stations that play The Dead. But they also play Zeppelin, Allman Brothers, and U2. So if you want to hear some Grateful Dead, and you don’t want to risk having to flip away from, say, the Eagles, where do you go? Station 23. The Grateful Dead channel.

There, you’ll also find a great example of how to build loyalty, longevity and trust in your business and personal relationships. Better to be The Grateful Dead channel than Classic Rewind.

In business, it’s tempting to win through trickery.  But who are you appealing to?  The less intelligent?  The less educated?  The less fortunate?  What, Average Americans?

Big food tricks Average Americans into thinking their products are healthy.  Take the “Low Fat!” bait and what do you get?  Diabetes.

Free Credit Report dot com makes tricks people into thinking their products are free.  Take the “Free” bait, and what do you get?  Monthly charges on your credit card.

But aren’t we all getting smarter?  More educated.  More exposed.  Less likely to be tricked?

Statisticians may challenge the notion of Average Americans being ever-present.  Yes, average is a relative term.  But Average Americans are becoming Above Average Americans, compared to the past.  And isn’t figuring new ways to trick them a lot tougher, in the long run, than earning their trust and treating them with respect in the short term?